Our first stop in the Outback was a camel farm!! We were able to ride the camels, and take photos with them. Before I cam to Australia, I never even knew that there were camels here. A while back, someone imported them into the country, and they started multiplying like crazy. Now Australia is known to have the greatest camel population, and the animal is not even native to the land! 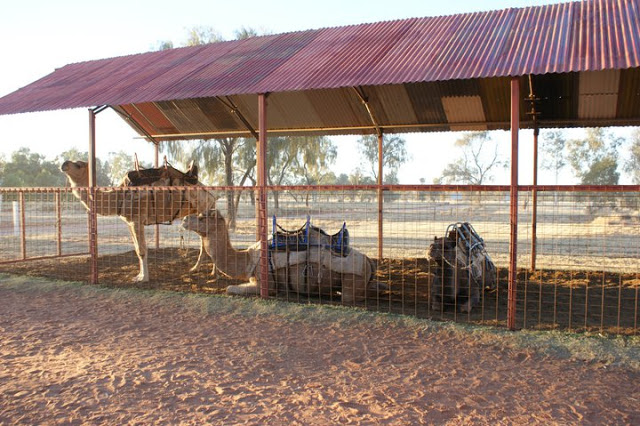 Later that afternoon we arrived at “The Mysterious Olgas”. Like Uluru, the Olga’s also are an amazing sand formation, that is sacred and special to the Aboriginal people.

We took about a two hour hike into the Olga’s dunes, and made it to some breathtaking lookouts.

Later that evening, we headed out to Uluru to watch the sunset. It was so exciting, finally being near the site, and being able to take in all of it’s wonder and amazement as the sun went down. 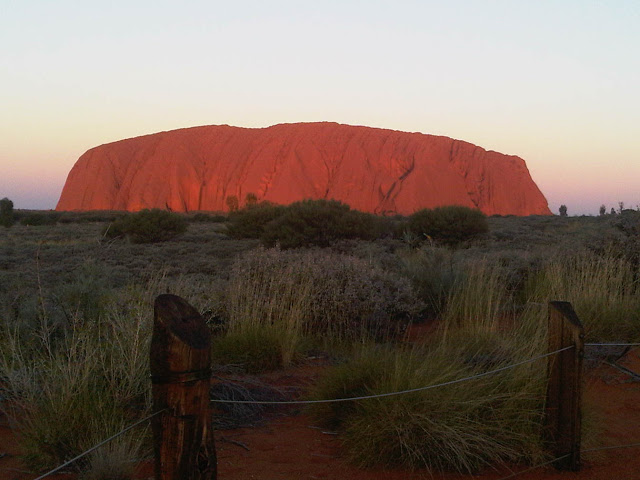 The reflection of the sun on the big rock is quite amazing as the colours continue to change every so often from a bright red, to a darker maroon colour.

There were so many people at the sunset site. Many different tour groups, and people from around the world come to enjoy this spectacular thing. There even were some tour groups who enjoyed a full catered meal and glasses of champaign. This tour is apparently quite popular for Australian’s who are retired.

We were however not as lucky to have a catered meal or champagne. For dinner we had Kangeroo and Camel Sausages!!!

Although I was not too thrilled to try camel, as earlier that morning I had rode one, it was surprisingly not as bad as I thought, and tasted like…chicken! I still adore Kangaroo..probably one of my favourite things!

While eating dinner we had many “little” friends greet us. The first one was fine, but after the 10th or 11th mouse creeping around…it got a little frightening…where there are mice…there are…nevermind.
As the Outback is scorching hot during the day, the temperature drops dramatically at night, so we had to bundle up as if we were all of a sudden in a Canadian winter. At night we also had the “luxury” not to sleep in cabins, or tents, but to sleep in SWAGS!

A swag in something that goes over your sleeping bag, and is water proof. The reason that it is water proof is because when one uses them, they are not covered by anything! Yup, I slept in one of these, under the stars. Nothing to protect me but this…I was really hesitant at first as we are in the OUTBACK! SNAKES…SPIDERS…DINGOS…DID I MENTION SNAKES?! Thankfully, swags are extremely warm and with my two layers of pants, two pairs of socks, 3 layers of t-shirts and a long sleeve, 2 sweaters and headband I was all set to snuggle in my swag. We all got settled in and made a circle by the fire. 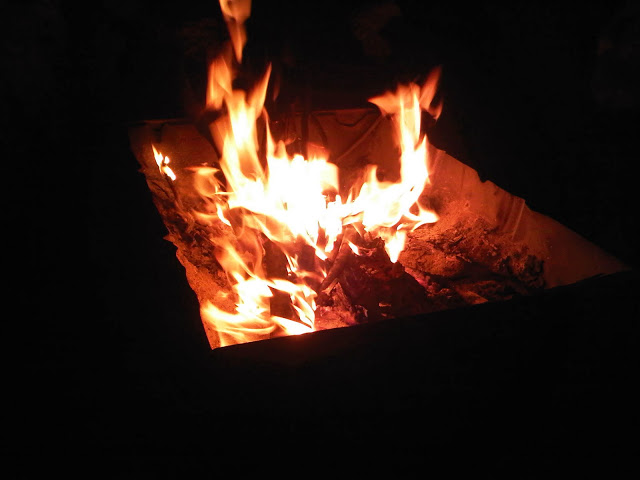 As soon as I looked up, all of my fears were cast aside. I have never in my life seen such an amazing sky. Out of all of the clear nights I had thought I had in Australia with amazing stars…this by FAR was the best. I saw at least five shooting stars, and endless amounts and consolation’s. It was a truly unforgettable experience.

In the morning, we woke up at 5:30 am to start out for our Uluru Sunrise and walk. As we awoke, it was still freezing cold, but the stars were still magnificent. As we drove from the campsite to Uluru, the sky was still so clear that we could make out the planets rising. I have never seen anything like it. 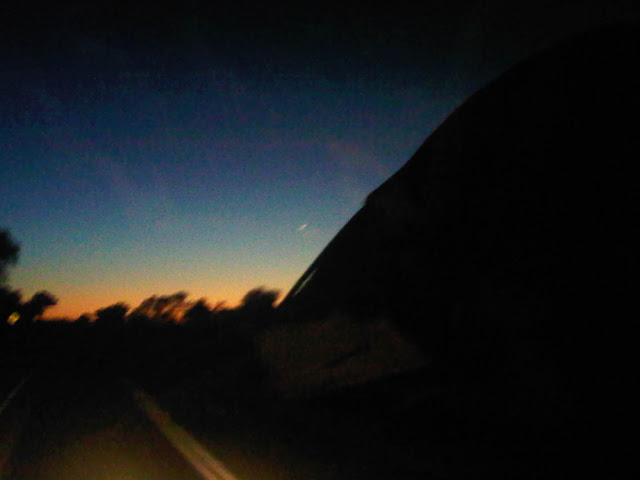 Sunrise…I could already feel how spiritual and sacred this land was.

Because the sun had yet to come up, it was absolutely freezing so we had to bundle up! 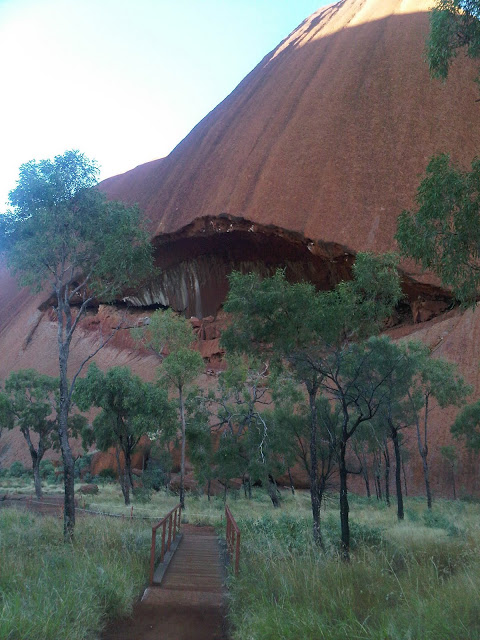 There are many little caves throughout the body of Uluru. No wonder why the Aboriginals adored it. It was the perfect place to find shelter, and to make a home from Australia’s vicious outback weather. 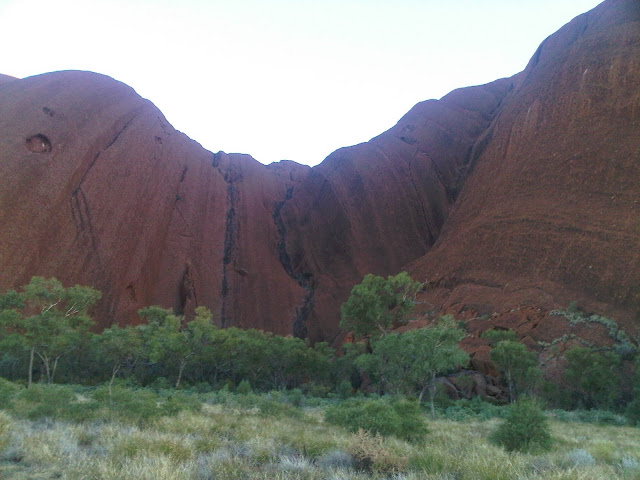 The beautiful sun is finally up!

This is hidden little watering hole. The water was crystal clear.

The Aboriginal people believe that Uluru is extremely sacred to their people. There were many spot along the trail where we were not allowed to take photos as they either were sacred gathering grounds, or personal areas of the rock that we are told to respect. They also do not believe in climbing the rock, but people do it anyways.

On our last day of our journey, we woke up again at 5:30 in the morning to start our hike up King’s Canyon. King’s Canyon is said to be the “Grande Canyon of Australia.” It takes about three hours to climb, explore and retreat back to the ground.

The long walk up the steep hill 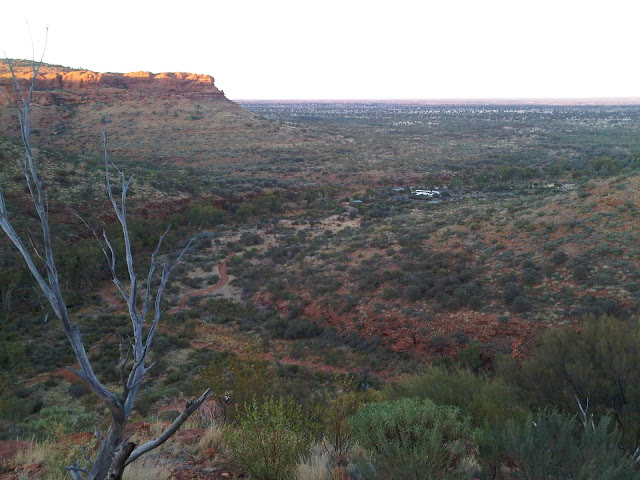 WE HAVE MADE IT TO THE TOP!

From here we continued to climb down into the valley where we finally made it to a peaceful little watering hole. Unfortunately it was too cold to swim in, but usually is the perfect spot to cool off during the long and exhausting hike through the outback’s summer heat wave. 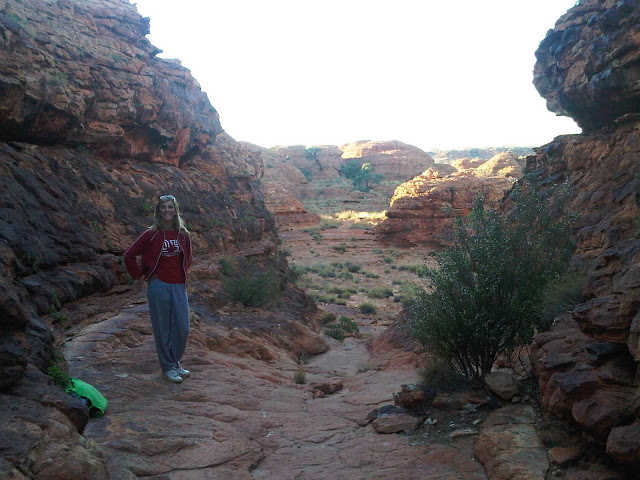 Where I am standing, millions of years ago this used to all be underwater. All of these “sand dunes” were considered to be the bottom of the ocean. We are even able to find evidence of this as we walk along the trenches. 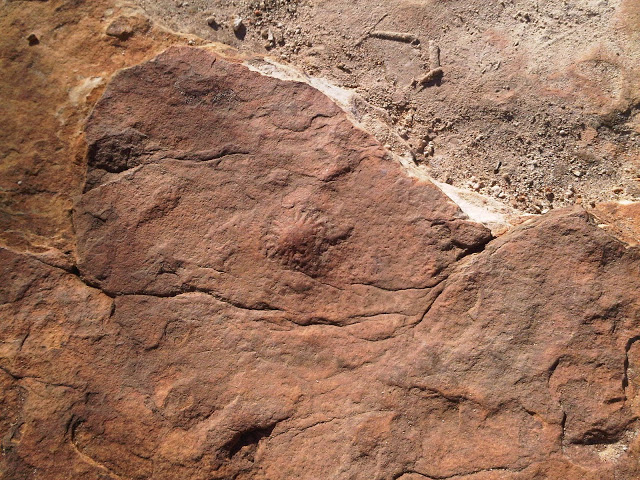 Evidence of a shell’s imprint 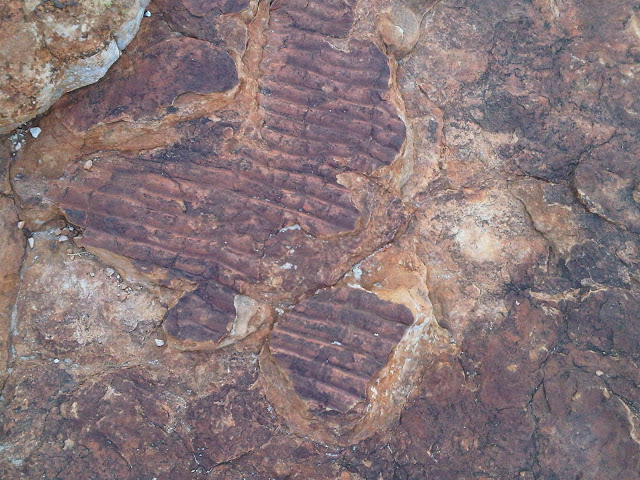 Evidence of a beach. Can you see the sand ripples of the waves? 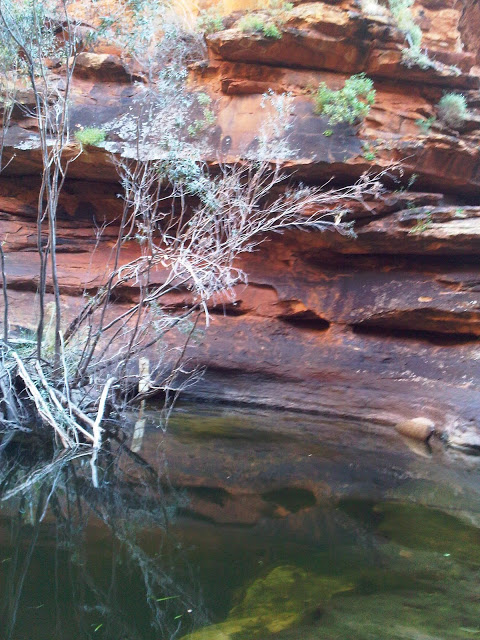 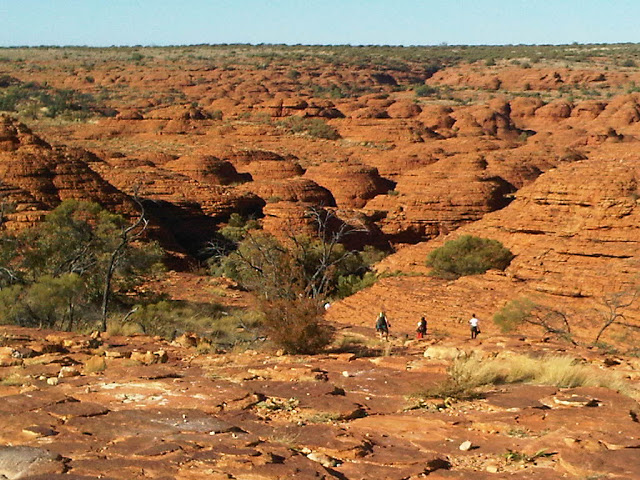 Later that day we headed back to Alice Springs where we got to enjoy “Northern Territory Day” and “Canada Day”!