When we arrived in Airlie Beach, we spent our last night on land sharing Sangria and enjoying the beautiful view of paradise.

and then packed up some small bags and headed to the marina to board out Whitsunday boat.

The boat that we went on was called the Atlantic Clipper.

The boat hold about 50 people, and sails for two days and two nights.

We slept and ate on the boat, and also played some fun activities on the boat to get to know everyone. 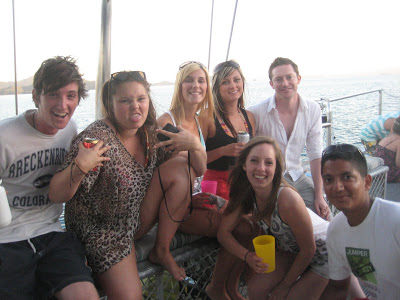 Our first full day on the boat, we sailed to the famous Whitehaven Beach, which is one of the most photographed beach in the world. 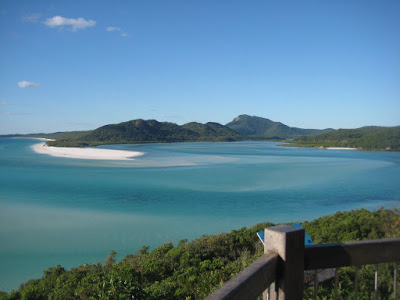 We all went down to the 98% silica (very fine sand) beach and went for a swim.

In order to go swimming in the ocean, we all had to wear “stinger suits” which prevent us from getting stung by “stinger” jellyfish, which actually can kill you with one sting.

After lunch they dropped us off at one of the beaches and we went snorkeling off one of the Whitsunday islands. 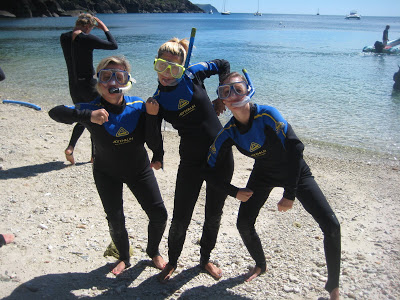 At first I was a little bit intimidated, but it the reef ended up being so beautiful, that it was hard to be afraid when such beauty surrounds you.

The water is so crystal clear that you could see the fish swimming right from the boat.

On our second day, we were able to go snorkeling again, and it was just as beautiful, with even more fish and creatures than the day before.

At night we were blessed with the most spectacular sunsets, and then the most amazing starry sky. 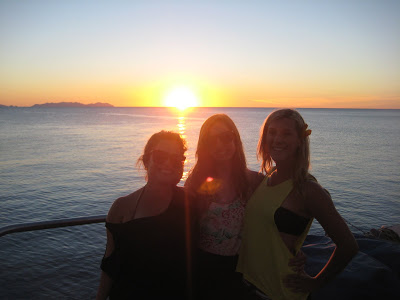 We were even able to see the moon rise and set. Many fish that came up to our boat at night because they were attracted to the light, and even a dolphin greeted us! 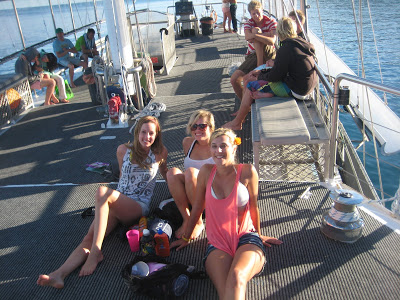 After our two days of being at sea, we were all really sad to leave as we had an amazing time snorkeling the reef, relaxing on the boat, and meeting so many great people.

One thought on “Continuation of Our Road Trip: Airlie Beach & Whitsunday Islands”