After the Great Ocean Road tour I spent my last day in Melbourne 2 weeks ago exploring Phillip Island.

Phillip Island is a beautiful little island at the edge of Victoria which is home to the smallest penguin colony in the world…coincidentally they are called the “Little Penguin”. They are so cute and tiny, and get to an average height of only 30 cm!!!

The tour was an all day tour, so it consisted of a few more things than jus the penguins. First we arrived at the Bass River Winery where we were able to taste 6 different wines.

We also were able to sample some cheeses from the farm.

After the winery we headed to Chocolate World! It was such a cute little place where they make the most amazing chocolate. As you walk through the factory, they show you where cocoa comes from, and how they process it into chocolate bars.

One TONNE of chocolate! 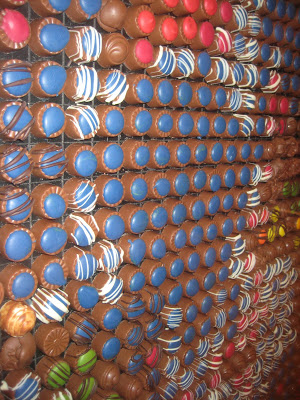 There was this really cool chocolate machine, where people were able to make their own chocolate shapes. 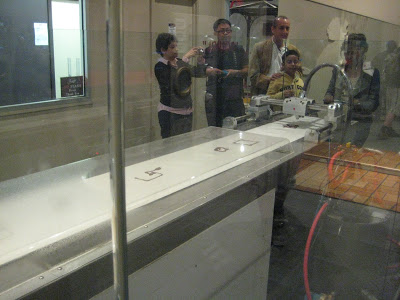 I made an L for my name, but unfortunately it broke on the way down, but was still delicious!

After the chocolate factory we headed to the Koala Conservatory to view some Koala’s up close on the board walk. 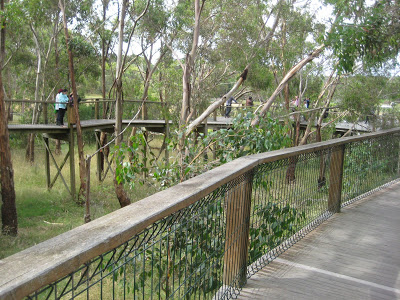 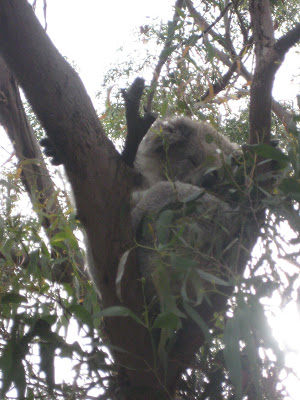 Unfortunately they were all sleeping!

We then headed to a place called “The Nobbies”. We were able to see the coastline, and see some of the homes of the penguins. 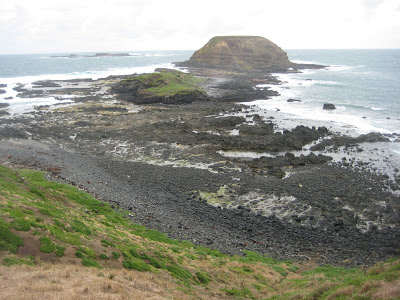 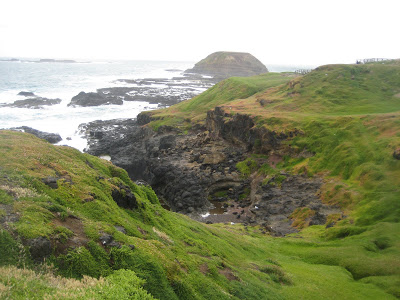 We were lucky enough to see some of these homes occupied…. 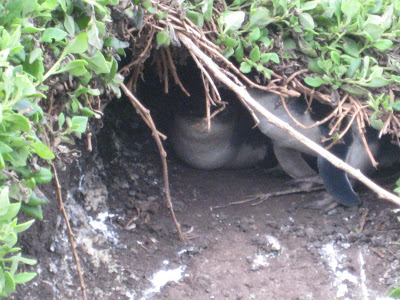 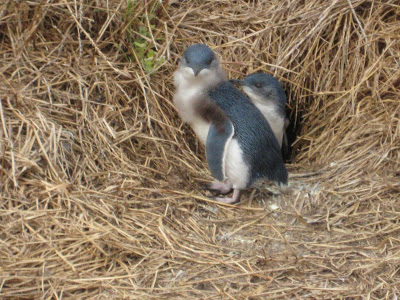 They were so cute and furry, and screaming for their parents to come and feed them.

Some were even brave enough to come out all the way of their nest. This was was particularly brave, as it continued to show off and flap it’s wings in hopes for a meal.

After the nobbies, we went for a search for Wallabies, where we were able to find some.

Then it was PENGUIN TIME! 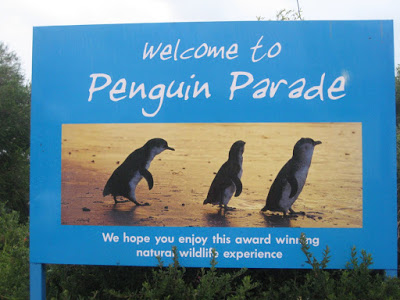 Just like on que, it started to rain. This of course, did not stop the crowds of people from sitting and waiting for these little creatures to return home. We all sat in these bleachers and waited to see the first of the penguins. As soon as it started to get dark, we saw little black heads popping out of the water, and they started to head in shore. As soon as one got brave enough, they would start to walk up the shore and onto land.
They would all be in a big pile, but one would suddenly get scared, and ALL of them would follow each other back into water for safety. This happened many times before the first group began their journey back to their nests, and back to their babies.When they finally reached the viewing area, it was the most spectacular thing in the world to see these little guys up close! You honestly cannot believe how small they are. They stood around and starred for awhile, calling out for their mate, cleaning their feathers, and trying to relocate home. About every ten-fifteen minutes a new round of penguins would come up in groups of 20 to find their homes again. It was truly amazing seeing these little penguins in their natural habitat, calling out for their babies, fighting each other, mating, cleaning themselves, and waddling from the beach to their nests. 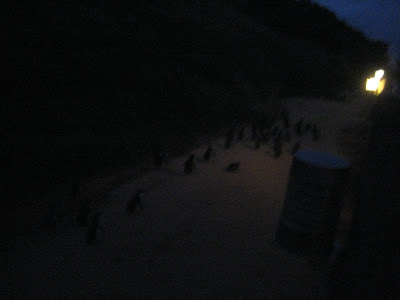 Unfortunately we were restricted to take any photos, I tried to take one, but it is a bit dark and blurry. But even if I did have photos, it would not do justice, as it truly was such an unbelievable thing to witness just how small and amazing the Little Penguin’s are.

One thought on “Phillip Island”